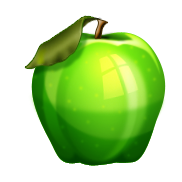 TO LISTEN TO AN AUDIO VERSION, PLEASE SCROLL DOWN.  NOTE THAT  REFERENCES TO FLASH REFER TO FLASH AS AN OUTPUT FORMAT (.SWF) FOR eLEARNING PURPOSES.

APPLE.  IN THE LIBRARY.  WITH A LEAD PIPE.  If life was like the classic board game “Clue,” that might well have been the headline in all our eLearning journals at the end of 2011.  In place of the unfortunate Mr. Boddy, the crime scene photograph would have shown a white chalk outline in the shape of Adobe Flash.  There’s a semi-happy ending to this news report, though: to paraphrase a certain Monty Python plague victim, Flash isn’t dead yet.

But by the same token, the late Steve Jobs and his Apple team dealt Adobe a crippling blow when it refused to support Flash Player on their iPhone and iPad devices, citing heavy resource requirements and potential security vulnerabilities.  (And for a moment, let’s ignore the fact that even without playing Flash on it, I need to recharge my iPhone 4 once or twice a day!)  So, is Flash dead, or dying?  Not in the immediate future.  Think of all the legacy content out there.  But last November, when Adobe finally raised the white flag and announced that it was abandoning its development of the Flash Mobile platform, it became clear to everyone in eLearning that the development tool landscape is beginning a tectonic shift due to the growing importance of mobile learning, or mLearning.

If Flash is the Giant, then the young Giantkiller with the slingshot and the great aim is HTML5.  And there’s a certain irony here: it’s not even a clearly codified, formalized markup language yet.  In fact, bearing in mind the reality that “change is the only constant,” HTML5 may well end up being a freeform, organically expanding entity for a number of years to come, as new codes and capabilities are added.  We may need to start calling it something catchy like “HTML Universe” (in a techie nod to the Stargate franchise) or “HTML Utopia,” or some other name that will represent an ever-evolving entity.  Because let’s face it: do we really want to find ourselves talking about HTML16 or 156 anytime soon?  I know I don’t.  It’s true that right now, HTML5 still can’t do all the things that Flash can.  But it can do a lot of them.  Flash’s sun is setting, and HTML5 is the new sun rising on our eLearning horizon.  At least for this rotation.

So how are the eLearning development tools we use today evolving to meet our need for engaging, interactive eLearning content that can play on any website or any mobile device?  If you’re an eLearning Guild member you should download and read Nick Floro’s new tools report for 2012.  It’s an excellent snapshot of where we all were at the end of 2011.  (And if you’re not a member of the eLearning Guild by now, you really should be!)  I’m going to take a closer look at the HTML5-readiness question for 2012, based on some hands-on Beta testing that I’ve been doing with both Adobe and Articulate.

For some year now, many of us have been using Adobe Captivate for our eLearning projects.  The current build, Captivate 5.5, incorporates widgets and other programmer-friendly tools to expand the interactive capabilities of your eLearning course.  But Captivate now also sports a spartan new gray Photoshop-style interface that I find is challenging to many corporate Subject Matter Experts (or SMEs).  And it doesn’t publish to HTML5.  I’ve been participating in testing of Adobe’s standalone HTML5 Converter tool, which is extremely simple to operate.  With each new test version, more interactive features are being included.  But as of this writing, there are still many Captivate features that cannot be converted.  Adobe has also just started Alpha testing for Captivate 6.  What’s the bottom line?  By the time it hits the shelves, Captivate 6 will need to include seamless and comprehensive HTML5 publishing as one of its standard options.  Anything less at this point would would give the competition too much of an advantage.

I’ve also been taking a look at Adobe’s new animation tool, Edge, which is in a pre-Beta Preview.  Edge offers a clean (but again somewhat cryptic and SME-unfriendly) interface for creating animations using a combination of HTML, scripting, and cascading style sheets (CSS) instead of Flash.  I went to Adobe’s Edge Preview launch here in NY in the summer of 2011 and worked with version 1 briefly at that time, but it did not yet offer interactivity or the ability to include audio and video.  Preview version 4 was released on January 19th, and includes the first interactive features, so I look forward to checking that out.  But audio/video is still not part of the package, and Adobe is well aware that the tool will not be ready for the public until those features are included.   While Adobe seems to be positioning Edge as a standalone tool, for my money, it should also be included in the next releases of both their Creative Suite and the eLearning Suite.  To not do that when so many customers have partnered with Adobe to help make it happen would seem both ungrateful and unwise.  How Edge fares in the market will depend on the final list of features, its ease of use, how it’s packaged, and what tools the competition puts out in the meantime.

Adobe has undoubtedly felt heavy breathing on its neck over the past year from Articulate’s upcoming tool, Storyline.  I’m participating in the Beta of this tool as well, so I am not allowed to say much at this time.  It’s not divulging any secret, however, to say that per its name, Storyline includes a library of poseable characters, and is designed for the creation of story or scenario-based learning.  That’s a long-awaited feature right there.  I can also say that the tool is designed with the SME in mind, with an extremely user-friendly interface.  Articulate intends to make Storyline content publishable to your choice of Flash or HTML5 by the time it launches later this year.  Its screen capture feature can’t do everything that Captivate does at this point.  But Adobe should  be extremely concerned about the competition shaping up here, both in terms of product vision and functional design.  Again, all will depend on the final list of features, and the price point.  Articulate is saying that Storyline will be priced comparably to their other suite components, so we’ll see.  If they keep the price low enough, I foresee this tool being a genuine game-changer for the eLearning marketplace.

Of course, competition is great for everyone because it brings out the best and brightest from each company, and makes each tool better.  That’s good news for those of us who can’t afford to buy them all.  And I’m discussing only a handful of tools!  There are of course a lot more out there, including tools at higher and lower price points, and also cloud-based development suites offering HTML5 publishing. So let’s have a vision moment: what should be happening as we move forward?  Ultimately, the applications that come out on top will need to be affordable and offer the ability to enter your content once, then simply apply a desktop or mobile template with the click of a button. Whoever can design applications that publish to your choice of Flash or HTML5 and minimize the need for rework when publishing to different devices will carry the day.  At this point, products that publish only to Flash are basically writing their own obituaries, and will rapidly fade from the market as mobile learning becomes a more popular delivery method.

What will we be saying about 2012 a year from now?  Perhaps not even Professor Plum or Miss Scarlet can figure that out.  By then, HTML5 may have met its match.  But when we eLearning professionals look back on this year, chances are we’re going to remember it as the year we discovered a body in the library.  And the game changed again.

2 Replies to “2012 eLearning Tools Landscape: The Rise of HTML5”