How to Make Your SMART Learning Objectives Even SMARTER 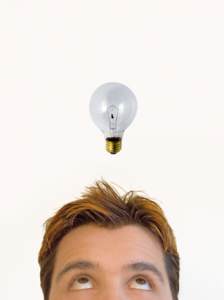 In the fall of 2013, the folks at Allen Interactions graciously offered a free webinar for the ASTDNY eLearning Special Interest Group (or SIG). Their topic was the dangers of content-driven learning, and one of their key points was that presenting Learning Objectives at the start of an eLearning course in the traditional bulleted list is not particularly meaningful or effective. True, a bulleted list states what your company wants the learner to walk away with at the end of the course, but it’s not a presentation style that resonates with the learner. The rest of the world doesn’t think in terms of Learning Objectives, and poorly-presented Learning Objectives at the start of the course can in fact be off-putting rather than helpful. The learner has to come first. I have been engaged in this debate for years, and sometimes when working as a subcontractor, it has even been the development shop who hired me that has flat-out said: “Don’t get creative; the client expects to see a traditional bulleted list of objectives, and the same list restated at the end–and if you don’t do it that way, you’re not a good instructional designer.” Hogwash.

I did a Google Image search for “SMART Objectives” and found a number of variations, none of them as good as the list above, in my opinion. For example, some lists used “Agreed,” which to me  should be a given on any project, and “Realistic,” which is already covered by “Achievable”–and losing “Achievable” would be a mistake. Others use “Aggressive” instead–but this is corporate buzz talk, and misses the very real need to establish learning objectives that can be met within the confines of the training to be presented.  Be as aggressive as you want, folks. But at the end of the day, each Learning Objective has to be Achievable or it has no merit. And there are other variants as well, but many of them boil down to a question of semantics. You get the idea.

So, what would make Learning Objectives even SMARTER? Almost immediately the answer for the additional “E” and “R” letters came to me. Before I tell you what mine are, I will note that I also did a Google Image search for “SMARTER Objectives,” on the assumption that I might  not be the first person to point out that SMART Objectives need improving. Sure enough, I found a couple of versions. But frankly, I didn’t like them. One added “Ethical” and “Reachable” to the above list. Well, again, as far as I’m concerned, ethical should be a given, or you shouldn’t be doing business. And “Reachable” is redundant; we already have “Achievable.” Others proposed “Reviewed frequently” (a good idea, but again a given in my book) and “Recorded”–which is just a bit lame.

So, what are my “E” and “R” values? Like the other five letters, they should only be added if they add real meaning. For my money, the “E” should stand for “Engaging” and the “R” should stand for “Rewarding.”  Why? Because we need to create Learning Objectives that actually speak to the learner!

We should be creating Learning Objectives that Engage our target audience members, so that they have some “skin” in the game. We have to frame our Objectives in such a way that the they are not just the company’s objectives–they become the learners‘ as well. If we present our Learning Objectives in a more Engaging way, and show how they will be Rewarding to the learners themselves (not just to the company), then we will have truly taken a step toward making our SMART Objectives even SMARTER:

And when it comes to sharing your Learning Objectives at the start of your eLearning: be creative!  Use a story or scenario, make an exploratory interaction–let your imagination run free and think about what will engage your learners, and how they feel rewarded for investing their time in your course. Challenge them, intrigue them, open with a situation that raises a question with real-world relevance. Consider subtly employing some Gamification tactics (see my other blog posts on this topic).  Whether your course is high-tech, low-tech, or no-tech, help your learners see themselves in the challenge or question you pose. Then, instead of just glazing over or skipping a Learning Objectives slide, they’ll embrace those objectives through the engagement, and take those objectives as their own. Give that some thought the next time you’re defining your Learning Objectives. I’m betting it will make a real, positive difference for your learners.